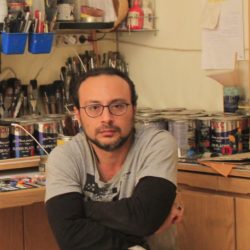 IN the past few years ….I have been much concerned with the changing perceptions and the state of continuous social metamorphosis that Egypt, as an African, Arab and Middle East country that was colonized and liberated, has witnessed in the last three decades.

In my mixed media projects,…. I try to probe several phenomenon that constitute for me some permanent obsessions, like subjugation, liberty, constraints of time, its relevance to the subject matter employed, elements of migration, gender, identity, among other themes that attract several Egyptian artists of my generation.

I am a painter, video and installation artist. In my painting I am obsessed by the human movement and their quest for freedom, while in my mixed media works and installation, I apply assemblages to create sculptural states that transcend simple two-dimensional art forms; through the studied and experimental use of collage I combine color, calligraphy, textile, and various textural media to explore issues of gender, independence, freedom, space and passage of time.

my painting projects in the past few years were inspired by American Color Field painting and French Lyrical Abstraction, where large “fields” of flat solid color colonize harmoniously large areas of the canvas to create a homogenous surface of flat picture plane, stressing on the overall consistency of form over the brush movement and brushstrokes. Contrary to standard Color Field and Lyrical Abstraction and i have successfully combined abstraction styles and painterly techniques with elements of figuration and cognitive representation.

In my 2010 works, I’m uses my cumulative experience as a painter as well as an interdisciplinary artist to create canvases that uses photography as a base for his brush, eliminating along the way backgrounds. In my process, creates, and narrates, an alternative reality for the figures that filled the planes of the initial photograph. The streets of Cairo act as a location much representative of contemporary Middle Eastern urban cities; ordinary citizens dwell the streets and alleys alongside soldiers and traffic policemen.

Every photographed or painted individual play a different role while interacting with each other in a universe that is almost hyper real. my attempts to extend the limits of standard painting, and expands the battery of symbols proposed by this medium by accumulating what photography can add to the canvas: frozen reality, depth of field, and more visual symbols that Jean Baudrillard proposed – in my seminal work on simulation and simulacra as defining our contemporary over-industrialized societies today. 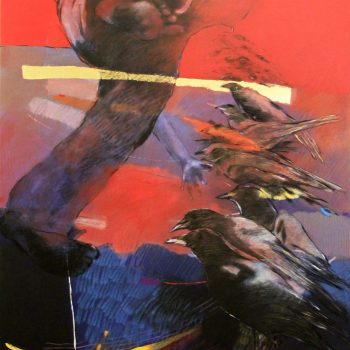 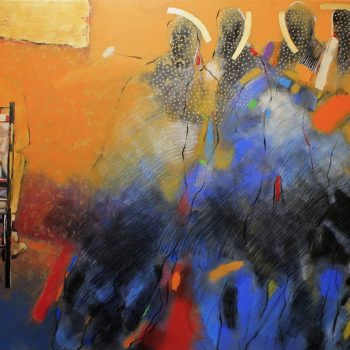 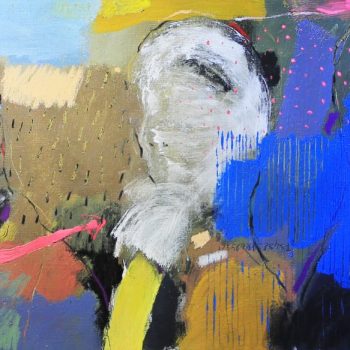 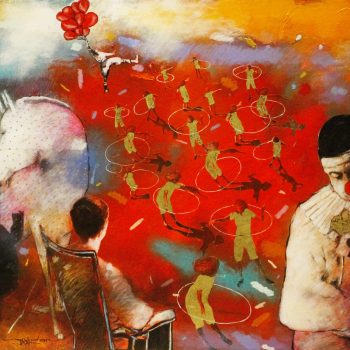 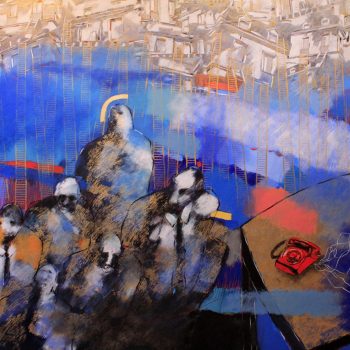 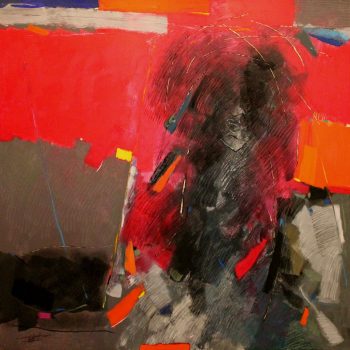