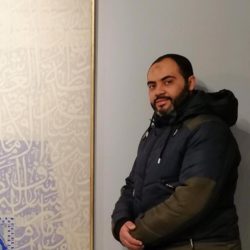 Dr. Mohamed Attia Abd el-Gamil, was born in Cairo, where his artistic talent appeared from a young age and before the university stage, and with a dream to join the College of Fine Arts, his artistic career began with academic studies and the many artistic experiences that interspersed with it, whether in the field of printing of all kinds or in the field Drawing and photography, as well as mixed techniques on all available materials, which led to the artist gaining many experiences in the field of plastic art, during the study phase in which he was superior to his peers in that period, which culminated in the appointment of the artist as a teaching assistant in the same year of graduation as a result of obtaining an appreciation Distinction year with honors and distinction in the 2004 graduation project.

Where the artist was distinguished in that period by the surrealist style that tends to realism through his treatment of popular topics and motifs related to folklore and the enclosure of Egypt’s guarded from many ancient and ancient popular neighborhoods. Printed in a deep engraving method on the metal, as well as a group of drawings drawn using pencils of various degrees.

The artist’s various experiences extended since he became an academic teacher in one of the Faculties of Fine Arts, specifically at the University of Minia, where the artist participated in many local and international activities through official nominations by the Ministry of Culture, the General Authority for Cultural Palaces or the Library of Alexandria, or through various periodic competitions. . The artist has won many major prizes in the fields of graphics and drawing, as well as many holdings of the Ministry of Culture, the Ministry of Foreign Affairs and many official bodies inside Egypt. The artist was also nominated to represent the plastic art movement through the Luxor, New Valley and Alexandria Library ceremonies.

Where the artist used many elements of an Islamic character, such as mosque pulpits, hanging copper and oily niches, popular carpets and mats, iron windows and doors wrought with forged iron, tall marble columns covered with precious silk fabrics, as well as decorations and carved wooden and stone pieces … etc.

The use of golden colors, along with brown colors in their degrees, was to emphasize the idea of ​​antiquity, ancient and heritage, as well as the unique visual value. The use of pyramid-shaped and engraved blocks sometimes takes us to what resembles pharaonic obelisks, city tops, ancient minarets, or precious stones, which give the work a kind of sense of authenticity and value as if they are priceless cultural treasures. 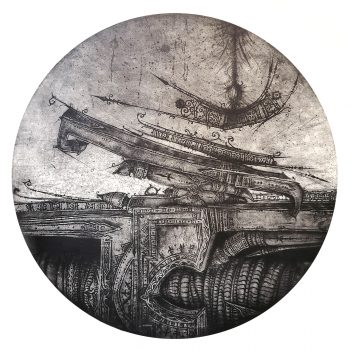 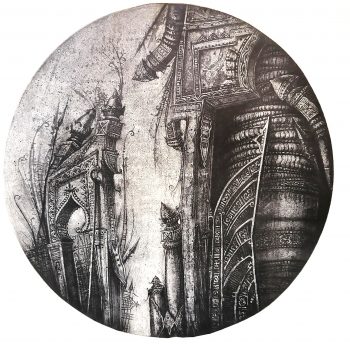 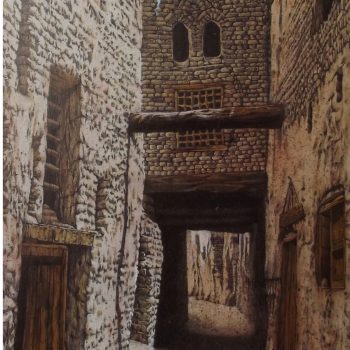 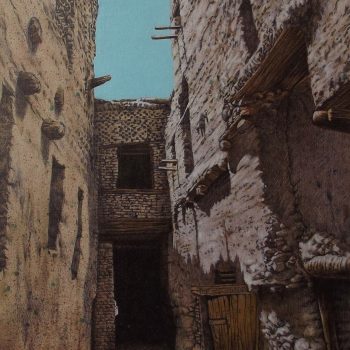 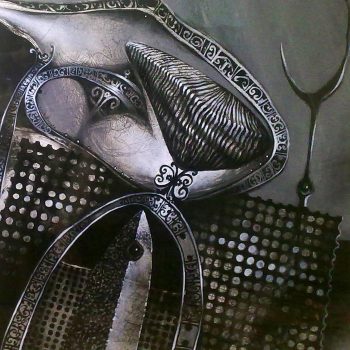 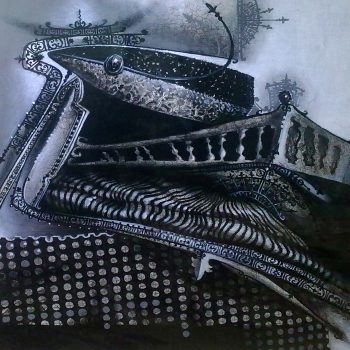