Artist Ahmed Abdel Fattah was born in 1987, and is a contemporary Egyptian painter. He lives in Egypt between the of Cairo and Luxor cities. He works as a teacher assistant at the Faculty of Fine Arts in Luxor University, Department of painting. He studied at the College of Fine Arts, Department of Painting, South Valley University. He graduated in 2011 with an excellent grade, first in college, and obtained a master’s degree in fine arts with a specialization entitled “The Impact of New Media on the Art of Contemporary Painting” in 2018.

Ahmed Abdel Fattah’s artistic experience takes different dimensions of contemporary realism in which classification rejects a specific artistic direction, in which he connects between realism, abstraction, and harmony, in which his conviction in the role of art is towards the visual vision of the surrounding world and not being influenced by revolutions, fashion, or situations to create color rhythms through it. Abstract and spontaneous in a realistic framework whose protagonist is the visual theme. He believes that the artist, like the world, must contemplate the depths of things, in order to better perceive and express them. Abdel Fattah relies on his subjects on the psychology of visual objects, such as his depiction of people in repetitive form, human faces in giant “giant paintings” sizes, landscapes and their relationship to the ocean, people and animals, and water forms that appear abstract through the reflections inside them, as well as any other stimuli around him. To leave the viewer with a conceptual character that prompts us to think beyond the work from unique visual content. He is a lover of experimentation, as each of his works considered a different experience in which he proposes a new visual concept that departs in this concept from the idea of ​​the medium, as he has experiences that included graphic works related to cases of technology in art, “New Media Art”.

Abdel-Fattah’s work has Participated in a wide range of international exhibitions in Germany, Italy, Russia, Bahrain, London, New York, Guatemala, the United Arab Emirates, and Saudi Arabia, as well as local exhibitions and events in Egypt. In 2015, he won the Cleopatra Prize, first place in the 2015 Siwa ceremony, and won second place in the world in the 2016 Nasser Bin Hamad International Youth Creativity Competition., and in 2017 he was chosen from among the top 30 young talents in International Festival of Youth and Students in Russia to meet with Russian President Vladimir Putin. And he wrote a news story in Russian on the official website of the festival, www.rossia2017.com, as one of the distinguished experiences participating in the festival. He has many prizes in other fields such as the YouTube Creators Day Award in Egypt 2015 and the Behance Appreciation Award in the field of digital painting 2016. 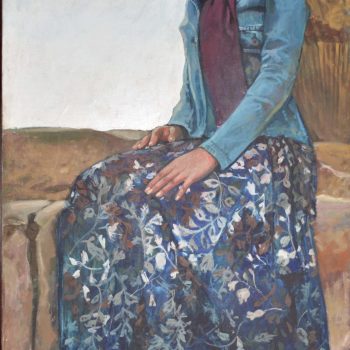